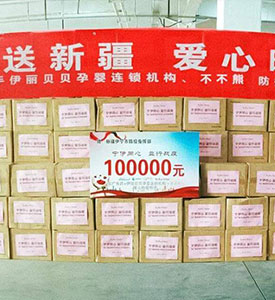 Warm help, love connection. On November 25, BuBuBear, the brand under the AoGrand Group, joined hands with ... 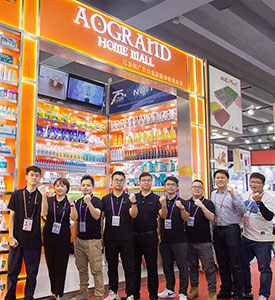 The 130th Canton Fair came to a successful conclusion, and the two-line battle of AoGrand Group reached a new high ... 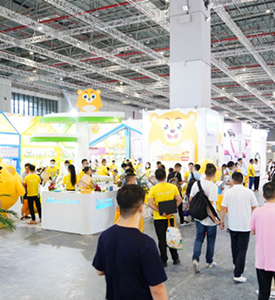 On July 14, 2021, at the National Convention and Exhibition Center (Shanghai), the 21st CBME China Maternity ...

What do people do? The Dragon Boat Festival is a celebration where many eat rice dumplings (zongzi), drink realgar wine (xionghuangjiu), and race dragon boats. Other activities include hanging icons of Zhong Kui (a mythic guardian figure), hanging mugwort

We always have had stores in Yiwu Futian Market. This year, in order to improve the company's image, better customer services. We choose a bigger and better location store. Now, The store is being renovated. We will promptly notify the new message.

In 5/19~5/20, AoGrand attend the Holland PLAM's World of Private Label Show, as a professional manufacturer, we need to go out to see the others, for keeping we stand the top position.

Canton fair is opening! Just finish some meeting! Waiting for you come!

Thank you so much for your support in 2014! Following are our fair plan and visit paln in 2015, hope to meet you!

IN.DATE:APR.,2015Hi,We hereby sincerely invite you and your company representatives to visit our booth at the Pazhou Exhibition Center from 23th to 27th 2015 for 117TH canton fair.

You can download our E-catalog on your phone by Wechat public ID aograndintl. Or you can scanning our two-dimensional code.

The 25th East China Fair in Shanghai International Exhibition center is over in 5th March, powerful members of AoGrand attended this fair, we know many international friends from different countries, show them our newest products and good services.

Wechat is a mobile text and voice mesasaging communication service developed by Tenchent in China ,which is a very hot IM tool, even every people which have a smart phone will use Wechat.

On April 23, we will see at Guangzhou for 115th Canton Fair. Thanks for your support in the past!

In the past few years, we provide Home&Hose wares for the people of the world. We do our best to ensure the quality of the goods, to make it meet your requirement. The good news is that we do not bad, at least there are a lot of customers are willing to m

Thanks for your support in past! 2014,we will in those fair to meeting with you! NO EXHIBITION NAME MONTH TIME LOCATION 1 EAST CHINA FAIR

Fair News | We are in the CANTON Fair & YIWU Fair

Thanks for all the people who work with us all the time,hope we can have a nicer tomorrow.

We hereby sincerely invite you and your company representatives to visit our booth at The Pazhou Exhibition Center from October 23th to 27th 2013 for 114th Canton Fair. Exhibition Info. For OCT. 2013